What Is In Store For Us?

The sale of homes has been flat this year. It dipped during the summer, but is now rising and is currently 0.9 percent lower than last October, but may climb in November and December. See graph 1. In recent months, Realtor.com has detected, in its listing data, an uptick in inventory among higher priced homes. Is this the beginning of the long-awaited saturation of the market, which we anticipated starting in the upper price range? Well, not necessarily. Read on.

First, let’s go back to microeconomics 101. What causes prices to increase? or decrease? Unless you fell asleep in high school economics, or that 2-day segment of social studies that covered economics, you would know that it is supply and demand. But what about sales? What makes them go up or down? Unless you were in a six year coma starting in 2007 (or living in a bubble … oh that popped too), you would know that it is demand. If people are losing their jobs and have no income, they delay marriage and kids, live in their parents basement or rent. They do not take on a financial commitment like a mortgage.

But wait a minute, demand is high now. Except for a few pockets still hit hard by deindustrialization such as Detroit (9.6 percent unemployment in September), we are at full employment. Wages are rising, although not as fast as home prices. Millennials have jobs, are starting families, saving their pennies for a down payment and moving out of Mom and Dad’s basement. So, why are sales down so far this year?

Normally, market economies are constrained by demand. The market produces and sells what is demanded. That is called a demand constrained market. But this housing market is supply constrained. There is plenty of demand, but not enough supply. Increase supply and sales will increase. So, why is this market supply constrained?

Housing completions have steadily grown for both single and multi-family units, but not as fast as in previous years. See graph 2.

What does this suggest? Builders are finishing off projects, but have been hesitant to increase the number of new projects. So, what about the future? Do we expect the construction of new homes to increase, providing relief to the shortage of homes on the market? Not necessarily. The Spring will have its seasonal bump in housing starts, but it may be smaller than in the last two years. 2018 as a whole may see a slight decline compared to 2017.

This is not good. Even if we are wrong and starts increase slightly, it still will intensify the housing shortage, drive sales down, prices up and affordability down. Consider several issues:

High steady employment, rising incomes, rising population and household formation drives the demand for homes. In the aggregate or at the national level, it is primarily new construction that drives the supply of homes on the market. Why not existing homes? Think about it. Most existing homes are sold when someone moves to another home. One home is added to supply as another is withdrawn from supply, yielding zero net increase in homes on the market. Yes, people die and their family sells the property without purchasing a new one, but there is a fairly stable ratio of population increase to deaths. So for every estate sale there is more than one first-time buyer. The difference has to be made up by new construction. If builders can’t keep up, we get into the situation that we currently face – low inventory and a supply constrained housing market.

So what is going on in new construction? Is there hope there for inventory relief? Well, new home sales increased for the second month in a row in October. Are we poised for a surge? Is the supply of homes finally catching up with demand allowing buyers to find homes suited to their needs and budget? A quick look at new home sales, completions, permits and starts (see graphs 2-5) show optimism in the near future, but not much beyond that.

New home sales have ticked up in the last few months. This is related to steadily rising new home completions. But dig down into housing starts. Total new home starts have been trending downward over the past year, while multifamily starts have been trending downward. Even the surge in multifamily starts in October from 302 thousand to 413 thousand does not make up for the decline since last October. Single family starts have been flat all year, with only about 0.7 percent increase since last October. Fortunately, the trends in new home permits are more optimistic for single-family construction, but not mutli-family. While we are focused on the single-family housing market, there is always some interaction between single and multifamily markets. A shortage in one will result in some households heading towards the other. The point being that the decline in future multifamily new homes could exacerbate the shortage in single-family homes on the market.

So, what do we expect for the future? For many months, we have been talking about the mismatch in supply and demand. On the one hand, when prices rise faster than wages and affordability declines, buyers will head down the price range. Instead of the four bedroom house of their dreams, now they can only afford the three bedroom home. Or instead of the 30 minute commute, now they have to accept the 45 minute commute. Demand is sliding down the price-quality range of the market. Builders, on the hand, have been concentrating on the upper end of the price-quality range of the market. This has resulted in less inventory shortage at the upper end and more acute shortage at the low to moderate home price range. It has also resulted in declining sales at the lower end and increasing sales at the upper end. Remember, it is supply that is constraining the market.

Recently, Realtor.com has noticed that demand at the upper end of the market is weakening and inventory is building. Is this the long-awaited beginning of the saturation of the premium new home market, forcing builders to pay more attention to middle class housing? After all, this month, the distribution of new home sales moved down the price range towards the median price for all homes. Perhaps, but then again, it could be just a temporary phenomenon. There is uncertainty and anticipation of the negative impact of the Republican tax reform bill on homeownership. Many luxury home buyers, save the trust fund kids, are moving up from a perfectly adequate home. They have the luxury of staying put in face of uncertainty (or certainty of a negative impact), while the first-time home buyer cannot stay put if they want to enter home ownership. So it is no surprise that upper end home inventories are building.

These signs of an ease in inventory shortages are confirmed by October’s 6.2 percent increase in new homes for sale. This is significant because since January, the figure bounced around between 34 and 43 thousand, while October’s figure jumped to 56 thousand. So what explains this contradiction between the supply of new and existing homes? Remember the mismatch in supply and demand? If builders have been overly focused on the upper range while buyers are heading down the price range and if wealthy buyers are spooked by the potential loss of the mortgage-interest deduction, then it is no wonder builders are seeing building inventory for the upper-end homes they build.

What do firms do when they see building inventory? They cut production. Or they shift production towards underserved market segments. So again we ask, what do we expect for the future? That will depend on whether builders see softening demand and cut production or a need to shift towards where demand has headed. Will they curtail upper end production and head towards low to moderate home production? Time will tell. 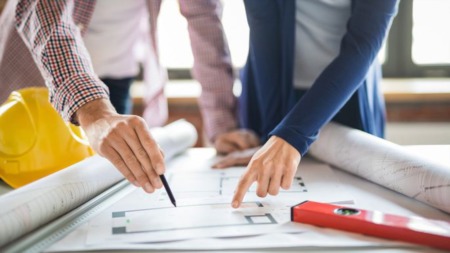 8 Things You Must Do Before Renovating Your House- or Else

Renovating your house is an adventure, one that can easily go off the rails. There are a mind-boggling number of wrong turns homeowners ...Read More

Afraid of Selling Your Home Too soon- and Missing Out on Tons of Cash? Consider This

If you sold your home at a good price, you’d be thrilled, right? But what if, a year or two later, you check in on your old ...Read More

Dealing with a family member's death can be a double cruelty. There is the emotional loss. Then, that's often followed by the ...Read More